“You are my breath. I exist because you are the only one worth existing for.”

Grace Tate has made a lot of mistakes, but despite them, her mission has always been clear: keep Hopetown Valley safe. Every step of the way she’s fought for what she believes in, even when it meant breaking the rules. Fighting is what Grace does, but when she gets injured in battle, she faces her toughest challenge yet—Heaven wants her back, and they’ll stop at nothing to get her there.

Seth knows what’s happening to Grace, and he will do anything to protect her, even if it means lying. Grace suspects he’s keeping something from her, but she hasn’t been completely honest with him either.

Everything comes to a head in the final instalment of the Tate Chronicles. Will Grace and Seth find the happily-ever-after they so desperately crave, or will their secrets tear them apart forever? 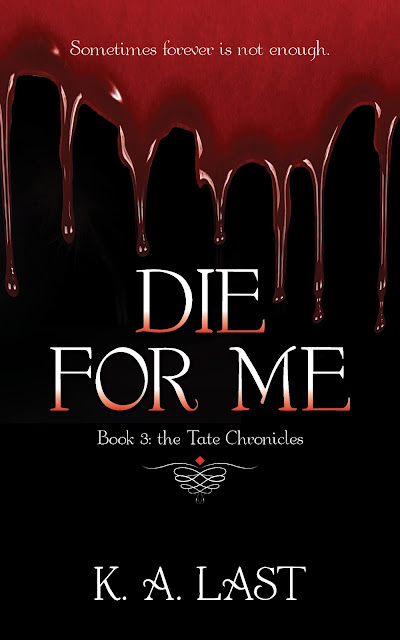 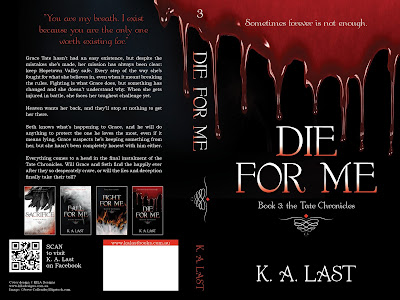 Cover Design - Fight For Me by K. A. Last

New cover for the 2nd edition. 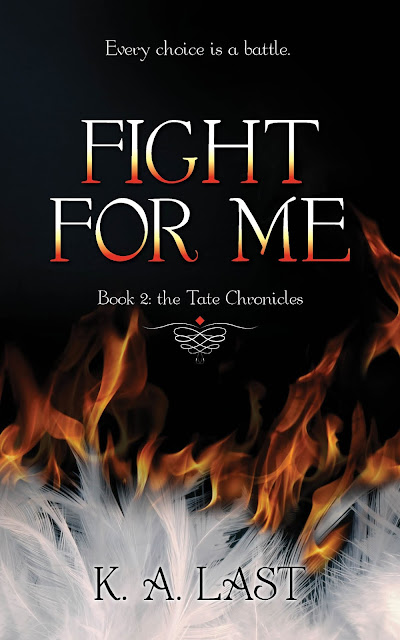 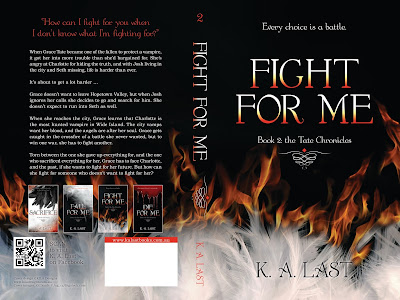 Cover Design - Fall For Me by K. A. Last

New cover for the 2nd edition

“Angels aren’t supposed to fall in love, especially with each other. But for the record, you were worth it.”

Grace Tate is a Protection Angel and Vampire Hunter, and she has always followed the rules. But some rules are made to be broken…

Until now the fight against evil has been simple, and falling in love was never part of the plan. So what happens when it’s beyond Grace’s control, and when she least expects it she falls for the wrong person?

All hell breaks loose, that’s what.

At Hopetown Valley High, not everything is as it seems, and the one person Grace thought was her enemy becomes her most important ally.

Blood will be shed, lives will be lost and friendships will be tested. It all comes down to one decision, and when Grace tries to save all those dear to her, she realises not everyone can be—or wants to be—saved. 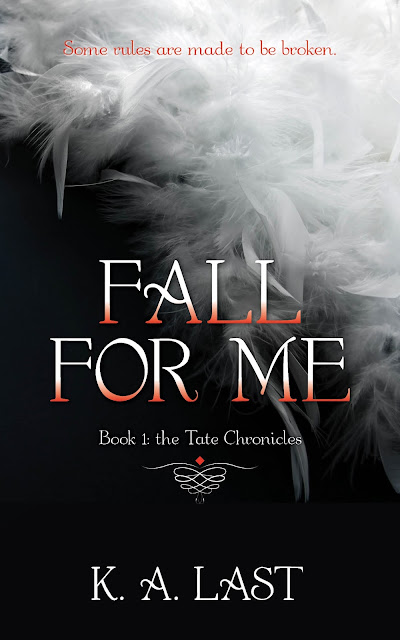 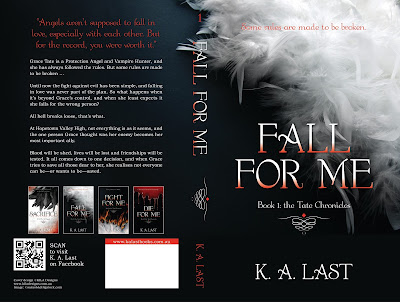 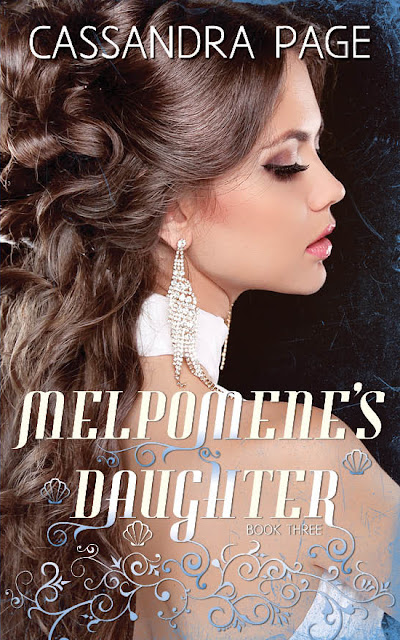 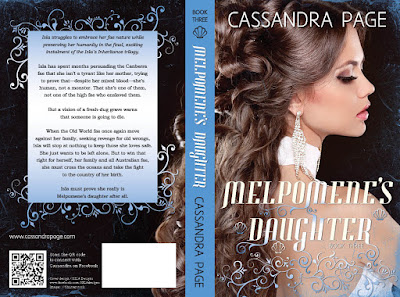 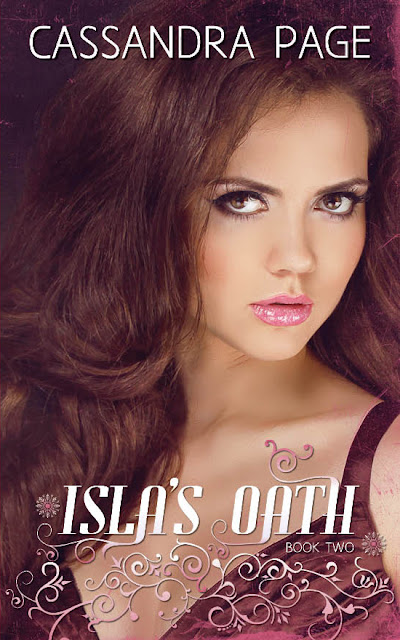 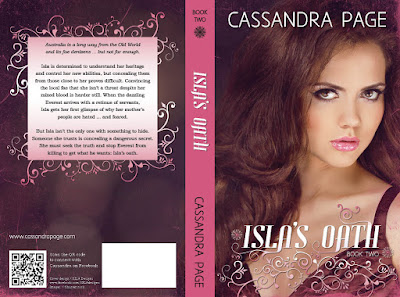 Isla was content to let her father keep his secrets, but now she can’t stand the touch of iron and her dreams are developing a life of their own.

Seventeen-year-old Isla Blackman only agrees to participate in a Halloween séance because Dominic, an old crush, wants to. She is sure nothing will happen when they try to contact her mother’s spirit. But the séance receives a chilling reply.

SHE IS NOT DEAD.

Isla doesn’t want to upset her father by prying into the family history he never discusses. When the mysterious and unearthly Jack offers to help her discover the truth, Isla must master her new abilities to protect her loved ones from enemies she never knew existed. 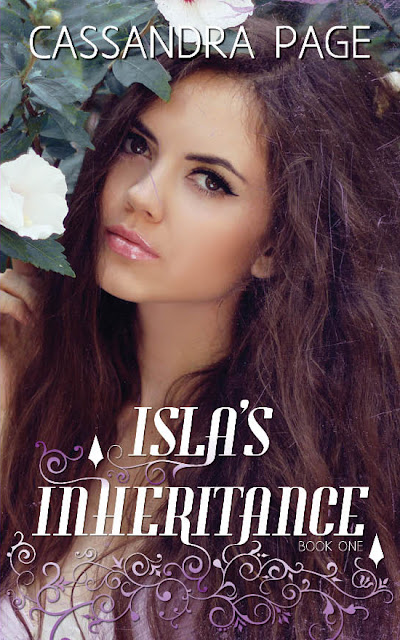 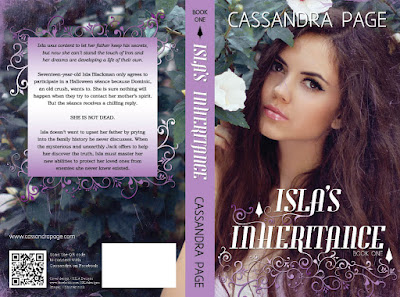 And it was all. Her. Fault.

Now, Eva spends her days working hard on the Storey Family vineyard, and on keeping her secret from everyone in town. She doesn’t have time for Bindarra Creek’s sexy new firefighter or his rigorous hazard-reduction burning. And she definitely doesn’t have time to fall in love.

When sparks fly between the strong-willed couple, Eva’s deadly secret comes tumbling out. Will their fiery passion be enough to overcome her charred past?

It’s fire season, baby, and Eva’s going to get burned. 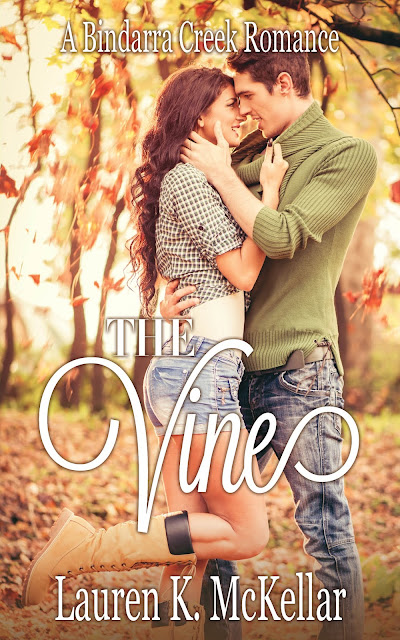 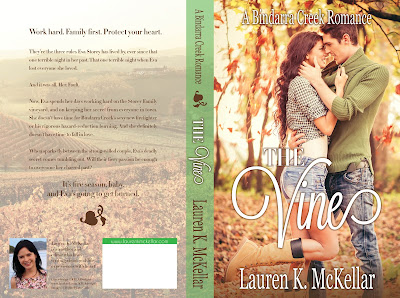 Who would have thought your dreams could kill you?

Melaina makes the best of her peculiar heritage: half human and half Oneiroi, or dream spirit, she can manipulate others’ dreams. At least working out the back of a new age store as a ‘dream therapist’ pays the bills. Barely.

But when Melaina treats a client for possession by a nightmare creature, she unleashes the murderous wrath of the creature’s master. He could be anywhere, inside anyone: a complete stranger or her dearest friend. Melaina must figure out who this hidden adversary is and what he’s planning – before the nightmares come for her. 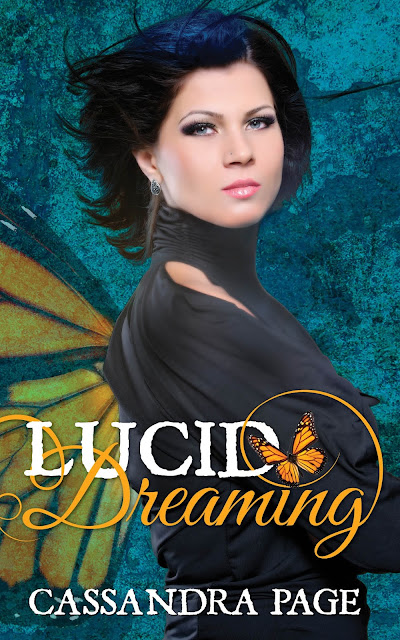 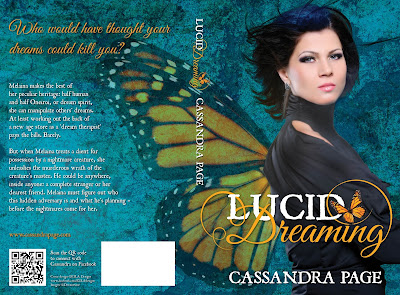 Title: Fame (Not Like the Movies #1)
Author: Lauren K. McKellar

She’s supposed to cover the stories.
Not be one.

Catching her fiancé with his pants down isn’t something she expects. In the space of twenty-four hours, Madison loses it all—not even her shoes will be saved.

Swapping sass + bide for sweatpants and Dior for the downward dog is going to be hell. The last thing Madison’s broken heart needs is a run-in with America’s newest playboy. Can she ever recover from this?

Tate Masters has it all—Hollywood’s latest golden boy has washboard abs, a killer smile, and a leading role in the next A-list movie.

Until a secret from his past is splashed all over the headlines, and that ‘good boy’ image fast-tracks to the gutter.

Now the media hunt is on, and they’re baying for Tate’s blood. One night of wild behaviour sees him wake up next to a gorgeous Aussie brunette—and she’s everything Tate’s afraid of.

Keeping secrets has never been this hard. 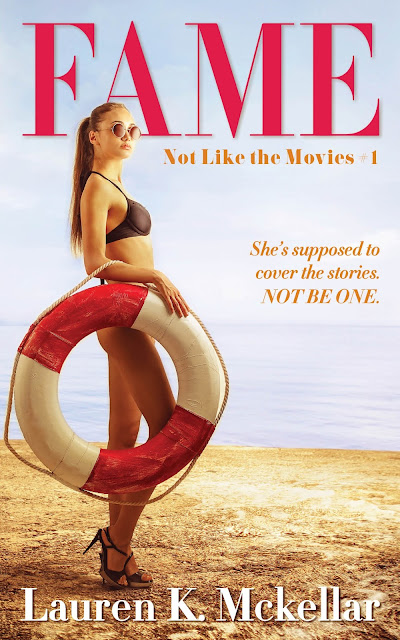 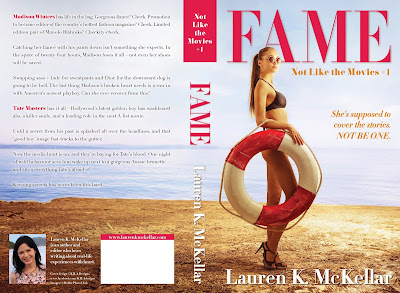 Select a category to view our design work